Well, I can hardly call it a "journey" today since all I did is drive downtown, but for those who have never seen the effect of high winds on one of the Great Lakes, I wanted to photograph Lake Ontario during a storm.

Here are a few more: 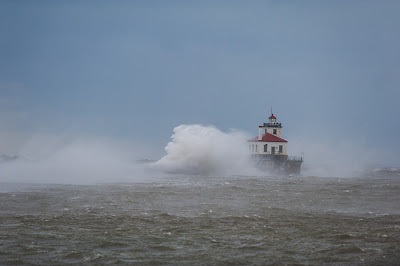 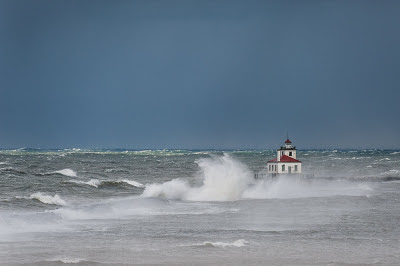 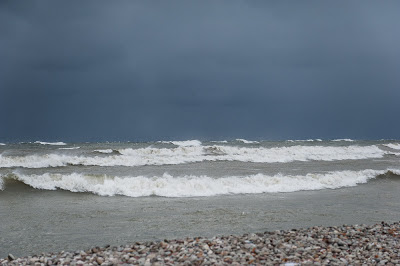 I've added a page at my LakeshoreImages Webpage with more photos.

We are having 50 - 60 MPH winds, however so far, little snow.  That may change as the wind shifts a little more to the south.  Our area is "famous" for Lake Effect Snows.  When the wind blows across the comparatively warm lake, it picks up moisture which drops out as snow over the cooler inland.  While usually very light & fluffy, the amounts that fall can be considerable.  In 2007 we had between 6' & 12' of snow in one storm! So far, only a couple of inches today.

While we are having little snow, the wind is strong enough that we lost power this morning when a tree blew onto the power lines down the street.  My back up generator ran for a couple of hours while National Grid removed the tree & repaired the lines.

Another interesting effect of wind & the lake - the waves make a constant roar that can be heard over the sound of the wind.  It is not the soft relaxing sounds of individual ocean waves. It takes a bit of getting used to - more than one new resident here along the lake moved further inland after one or two winters!

As to updates on my trailer travels, nothing is planned for the near future.  I've ordered replacement tires  for the Escape - wore out a set after 33,000 miles, and am thinking about a few changes & modifications that can wait until warmer weather.  Other than that, I'm hunkered down till spring.