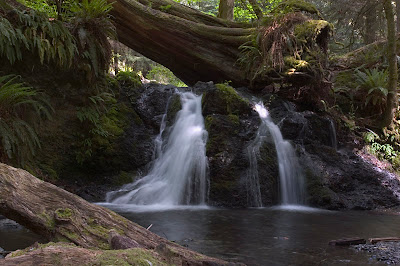 Well, I made the big mistake of going to the Apple Store.  I had a good reason - My 2 generation old iPhone was giving me problems.  Actually, the problem was of my own making, although I feel Apple is really at fault due their use of the english language.  I wanted to turn on the restriction for in-app purchases.  My problem is the meaning of "on".  To me, when a restriction is on, the term should be restricted.  Apple wants you to set a restriction to "off" for it to be restricted.  So, to make a long story short, I managed to turn off just about everything except on-line app purchases!  Since I updated a bunch of apps at the same time as well as changed a bunch of other things, I didn't realize what the problem was.

It only took the iPhone "Genius" a couple of seconds to fix it.  As long as I was there, I looked at the iPhone 4.  Big Mistake! More memory - they start at 16Gb (I have to remove music or apps to add any new ones since I've maxed out the 8Gb of my 3G phone) and the iPhone 4 is so much faster.  It didn't take too much to talk me into a replacement.  Good thing the iPad2 tablets aren't here yet!

The new phone was great until I got it home, and even worked fine with my Sony dock. That evening it crashed while running Pandora in the dock, and started rebooting every time I quit an app.  Back to the Genius Bar - this is the first of many apple products (been purchasing them since an Apple II) that was DOA.  No problem - they exchanged it for a new one & since I took my laptop with me, I was able to registered it & reload my apps while there just to be sure the original phone was the problem.

So, although the original plan was to wait to upgrade until the iPhone 5 came out, things changed.  Now I have to stay away from the store after March 11th (the day the iPad2 becomes available!)

Till next time.
Posted by Jon Vermilye at 3:21 PM